For the kids to remember how home felt when this season is over. (中英双语文章)

Since MCO coincided with the Malaysian school holidays, the Martins family had to forgo their family vacation, but that was just a small mishap. The concern was the job transitions that were also set in motion for both parents during that period. Following the extension of the MCO, their respective employers contacted about the deferment. “What if our job offers get retracted?”, there was a sinking feeling but instead of idling on the worst scenarios, the couple continued to proclaim “Great is Thy faithfulness” and pressed on in prayers. Two weeks later, they were glad to go back to work! Both companies and colleagues welcomed them warmly albeit virtually. God had also blessed them with increments. Though the MCO toppled their original plans, God has created the perfect timing for Jason to receive his annual bonus from a previous company along with a sign-on bonus from his new one! Right now, they’re on the journey of proving themselves at work during the probation period while raising and teaching the kids at home. It was hard juggling both responsibilities but they wanted the kids to remember how home felt when this season is over. The couple instilled a new tradition – a weekly family altar and the kids look forward to it! 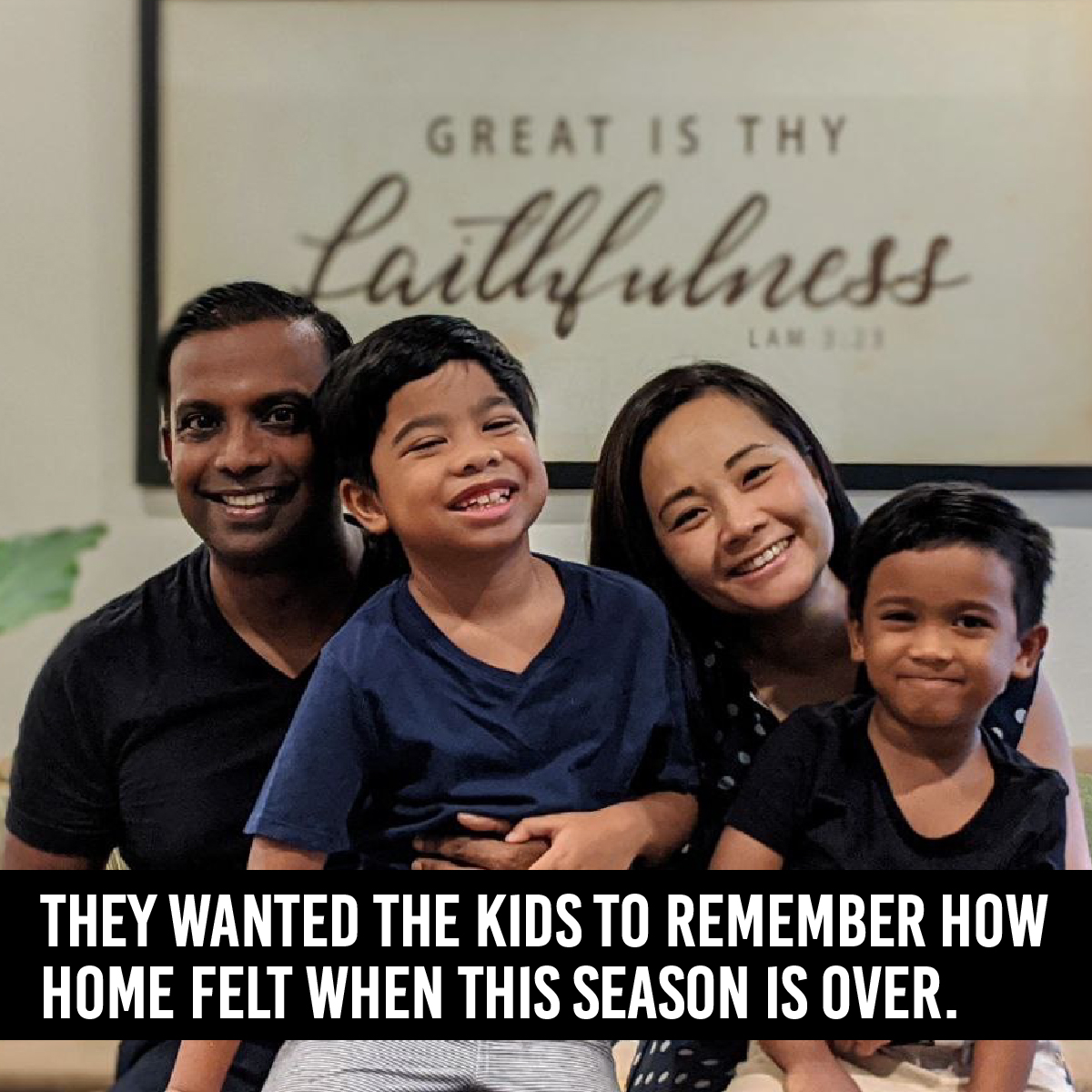