In late 2015, the decision to leave my company was crystal clear to me when I was presented with a job opportunity in a different industry. I was excited and overjoyed. Despite having zero experience in the banking industry (I was previously in the semiconductor line), I was given an excellent salary package.

Sadly, I was brought down from cloud nine on my second day into the job. I realised that I had a very aggressive, ill-tempered and ill-mannered boss. To my disbelief, everyone in the team tolerates her behavior, lets her talk down on them and lets her make them do what they don’t think is right. They have never voiced out their frustration for fear that it would only get worse or that nothing would change.

I struggled with this daily and have tried on separate occasions to share with her how I feel but nothing changed. I prayed very hard, questioning if I should persevere for the career opportunity and money that came with the job.

Thank God for a husband who reminded me that money isn’t the most important thing in the world; dignity and self-respect are.

The beautiful part is when God closes a door, He opens a better one widely. In my third week there, I was asked to attend an interview with a European semiconductor company and I was hired without going through a second interview.

When I tendered my resignation, my boss blew her top and that was when I gave her a piece of my mind. This woke her up and her attitude changed when she knew that I had also shared this to her boss. She apologised profusely and even promised to apologise to my teammates.

During my exit interview with the HR team, I shared frankly with them for the sake of my remaining teammates who would have to endure her after I leave. And to my surprise, the HR team took action and reported this to my director.

With my chapter in the bank closing soon, I didn’t want to waste the opportunity of sharing the Gospel with my colleagues, so I invited them to church. They have since visited Acts Church and I’m glad that at least a seed has been sown.

What’s mind blowing to me about my journey was, not only was I able to secure a new job with a good multinational company in this current economy where the right jobs with the right pay are scarce, but that this new job comes with a huge scope which I’m very excited about. The perks are also really good. I also found out later that my new company wouldn’t have been able to hire me directly from my original company because they are competitors. But in God’s plan, the one month in the bank was only a stepping stone for me to move on to this new job without any complications.

My ex-colleagues also had the chance to see this God that I love and serve and how He has brought me out of this discouraging situation.

Indeed, God knows best and His plan is always to prosper and bless us. 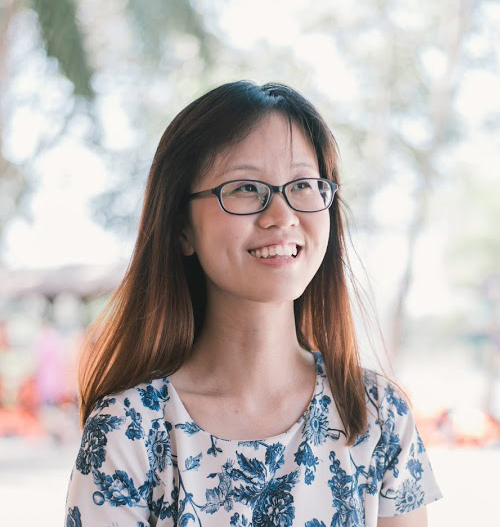