It could only be God. (中英双语文章)

Elder Terence received a call from his mother, in the sound of panic, on the news of his 88-year-old father’s fall. At that time, MCO roadblocks were set up – travelling without a permit was prohibited. Despite that, Elder Terence prayed and declared God’s goodness during his 30-minute journey to his parents’ home and took his father for a checkup. The X-ray confirmed that his father broke his ball joint of the left femur and a surgery was needed to replace the joint. The church prayed collectively. After the operation, his father was in the ICU for two days. When he was discharged on the fourth day, he was on his new wheelchair. Within the first week, his father walked using a standard walker and had learned to walk downstairs independently. A few weeks later, the doctor said his recovery was remarkable, his a foot-long wound had healed completely. Today, he’s started using the single walker! It could only be God who had restored his mobility – at such an age. This experience had also enabled Elder Terence to speak very openly with his father– to check on his father’s personal relationship with Jesus. His dad said he prayed the prayers Elder Terence texted him every day. This family is encouraged to never give in to fear and panic, but give in to His peace and His word. It’s a powerful spiritual discipline indeed. 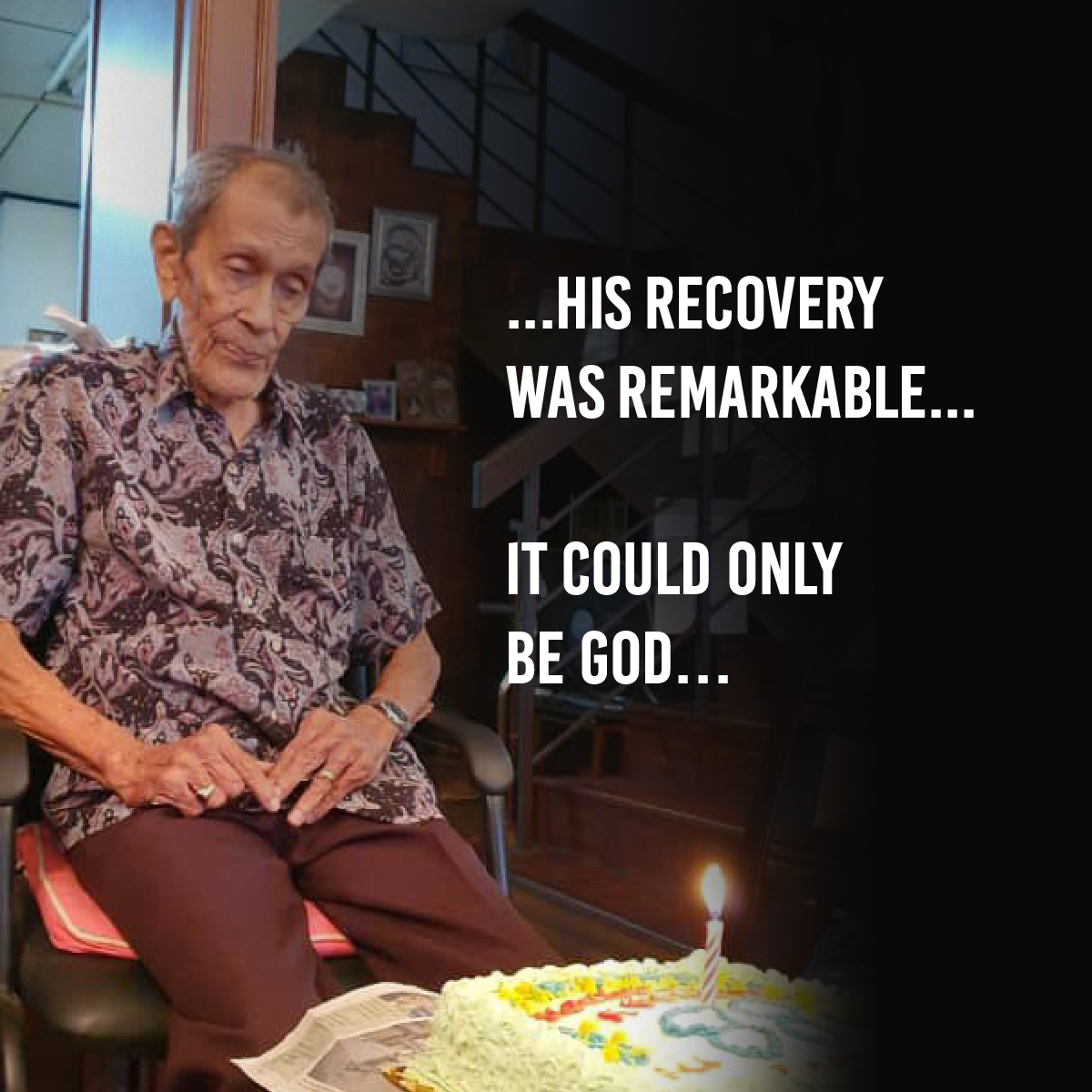